A Blog by Andy Bacon 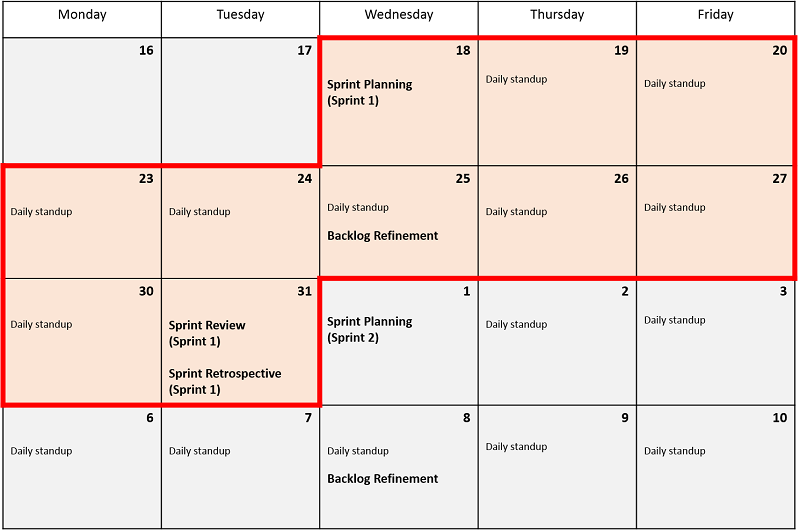 One the templates I’ve used most often as a ScrumMaster is a PowerPoint sprint schedule.  This tool is particularly useful for teams that are newly adopting Scrum.  Here are some examples of how I’ve used it…

You can see the 2-week sprint schedule above and the 3-week schedule is below.  Feel free to download the PowerPoint template and edit for your own teams.  Hope you find it useful! 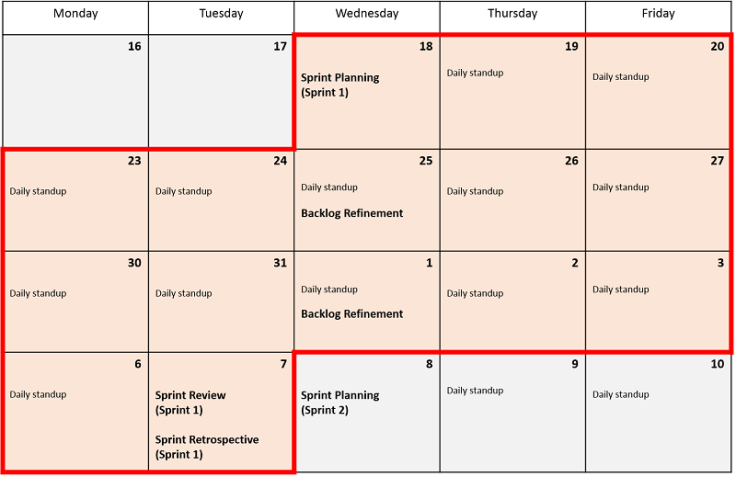